Has anyone got sick with Corona? hope nobody gets, or recover soon.
Recently I have posted on my fan page (wall photo  for Yogi And Furriends  Spring 2020) .
In the photo, I have sujjested and demonstrated how to protect yourself from virus.
And many of furriends had forgotten about the last thing in the photo.

That was about taking off shoes inside a house.
people go to public places with their shoes, (public bathroom, streets, stores, parks etc)
you might step on dog poo in a park, or walk on the floor after someone dropped
pee in the public bathroom, or walked on the street after someone spat,
Are you going to enter in your house, and walk around with the shoes you might stepped on something nasty from public?
If you are not comfortable with walking in your house with socks, or barefoot,
you can wear slippers or use old, comfy shoes  as  your room shoes (before use them as room shoes,  wash and clean them) ,  and tell everyone in your house to do the same.

And Don't we need to be careful when we share food with others?
I mean Sharable food like Dips, and large bagged snack. 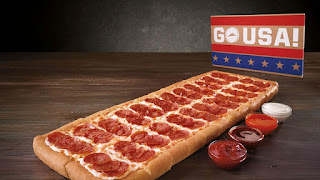 Food like this pizza in the photo(or anything with dipping sauce share with others),
you might want or need to dip your pizza after every bite. if you share the food like this
with other people, other people probably dip their pizza slice after every bite too.
maybe you ask Pizza place for extra dipping sauce for per purrson (you can buy extra dipping sauce
at Domino Pizza), or divide the sauce with spoon on small plate for per purrson.
And I wonder if chips in large bag is safe to share with others. if you know you were going to share
with other people before opening a bag, you should divide and give each purrson, but probably should not share chips by allowing others to put their hand in the bag.

even sharing food with your furrmily members, you should be careful in this Corona time.
I think.
Please protect yourself from virus, and take care.

We have updated my Shop with some new items.

Now we have Hattie and her furriends items as well.
(though only few left at this time. we'll get more soon.)


One thing I worry about is the shipping cost for the international customers who live
outside of USA.  (Shipping cost to Canada/Mexico is bit cheapter)
For example, if you live in Japan, Europe, etc..(except Canada/Mexico), and if you buy the notebook above, shipping cost $22.33 will be charged in addition to the price of the item ($15), so your total for the note book alone is $38.33!!! who wants to pay for that much, only for a notebook?
but if you buy 2 or 3, the shipping cost is the same (up to 2 lbs) , so I recommend International customers to order multiple items at once, or order with friends who live in the same city/country
(so you can pay shipping half-half).  We have adjusted shipping setting on our Etsy listing that they calculate by total weights of your order, they do not charge more than the actual shipping cost.
(for US customers as well).

And anything cause more than 1/4 "(approx 5mm) thickness is considered package, not letter or letter shaped package, also letter package does not allow anything can not bend easily, so like Yogi calendar, although made of paper, and flat, it has spiral wire bound, it causes ,more than 1/4/'thickness. so We can not ship calendar with letter package with cheaper shipping cost.

To not let customers feel as if they have paid too much, we of course always add free goodies for any order.

And Please check Custom duty fee/regulation in your country before shopping.

That's all for now,

As some of you might have noticed,
suddenly my You tube channel (Yogi TV) has got lots of viewers recently
('cause we have uploaded live concert videos of the popular band).

Momsy told my manager to make videos for Yogi TV more,
something useful.. such as the idea of cleaning house, although many people
already make videos like that.

And we have made one today.

My Manager often complains that she can not find Coffee jelly in USA
(although many people enjoy coffee here in US), so we show you the recipe.


If you're interested, please watch and make it.
and let me know.

Can we buy these Vegan beauty products ?

Hellow.
Recently my manager has received samples of Loreal Shampoo and Conditioner,
She wants to buy beauty products that are not tested on animals,
and she knew Loreal was not "Not tested on Animals",
so she knew she was not going to buy the shampoo and conditioner as long as
they were from Loreal, but she did not want to throw the samples away, so she
decided to use,  But ..
Surprise! she found the words " Vegan" "Not tested on Animals" on the  package.
Seriously? Loreal?

She also knows that Nutrogena skin care have Natural products which are
also "Not tested on Animals".

When you need to buy Vegan skin care or hair care product at the grocery store,
there are not many choice as you might know.
Some stores carry Vegan products lately ( I mean certified ones such as Alba Botanica,
Yes to.., Bart's Bees) , but not enough to choose, and yet expensive,
So if the familiar brand like Nutrogena and Loreal sell "Not tested on Animals" products,
it'll be very convenient, and helpful. it gives us more choice.

But can we buy those products?
this does not mean many other products from Loreal and Nutrogena are
also "Vegan".

this is very confusing. we want to buy Vegan products with words "Not tested on animals"
but if we buy those Loreal shampoo or Nutrogena Natural skincare products,
the money will go and support the companies who are not 100% vegan.
why do those companies  make and sell those vegan products if they are not 100% certified vegan companies?

I want to see the bunny or the words " not tested on animals" on all products from
those companies in the future. (I hope)

As I showed off many times last year, I was on media as one of Trump look cats.
One of those media were Telegraph News website (UK).

Recently we checked if the website was still visible from USA.
( the article I was on was written and published a year ago).
O yes, the website URL was still valid, but when we clicked "Share",
we've got an error message which said "this feature is no longer available",
so we thought the article on the website might be removed anytime.
And we wanted to keep it before it becomes unavailable.
we took screenshot the article from the beginning to the end
(over 15 pages) ,  then created the slideshow,
so we can now see them as a video.

we've uploaded  it on our You Tube channel just now.

I was also featured on OK magazine (UK) website back then. 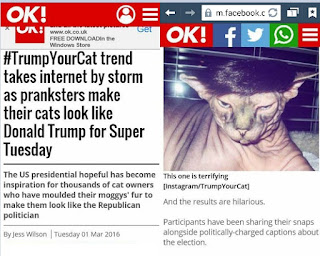 I seemed to have been bit late for being famous in USA.
I heard that many media in US were talking about Trump Your Cat  around June~July
in 2015, my first photo submission was Sept 2015. so that's why I was on Media only overseas.

But better than nothing, of course.

Thank you for your support,

As you can imagine, my manager uses PC and mobile a lot daily.
contacting and getting the latest photos of me from my Momsy,
hosting my pages, updating my page twice a day,
update my Instagram,  designing for merchandise, and so on,

So she used to write to the customer support in E-mail,
but E-mail does not allow photos to attach,
and she has to explain all her problem in one message,
writing a full explanation takes time.

I don't know how she found, but I think
oneday she saw a tweet from a phone company about a new product,
and asked a question,
then she got the answer very quickly,
so she has started using Twitter whenever she got a question, or when she needed
technical support,
she tried Outlook, T-Mobile, USPS,  Samsung, HP etc..
all of those business immediately replied via Twitter,
until they hear  "it was fixed, thank you" from her,
they do not stop writing her back.
she can attach the photos to her message as well.
so she does not need to write full (long) explanation, and the
companies understand what the problem is immediately.

My manager has got supports from all those companies via Twitter immediately. 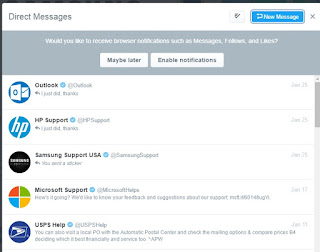 I thought this way to contact support is faster and convenient,
so I decided to talk about it here today.
try it next time you need help from business.

As you guys know, I use 2 languages on my SNS -English, and Japanese.
(why? because I'm interenational, and prejident).
I bet many of you have seen me hosting Japanese friends in Japanese language on FB,
Twitter etc.. and I have 2 blogs that 1 is here, and 1 is Japanese version.
Often 2 my blogs do talk about different topics,
I mean Japanese one is not the translated version of this English version of Yogi blog.
if you do not understand Japanese, but want to know what my Japanese blog topics are,
you gotta ask someone fluent in the language to translate for you.

But  Do not use GOOGLE, BING  etc.., I do not recommend online translator,
because inaccurate.
I show you here example.

The latest posts from my other blog (Japanese) 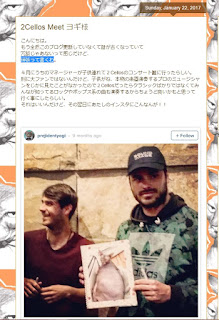 I put the sentence in Bing translator 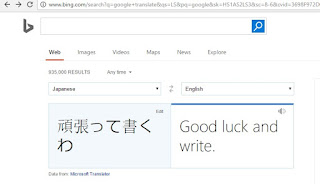 See? it can not translate correctly. Bing says what I said in Japanese means
"Good luck and Write".
then I put the sentence in the translator, to translate into Japanese. 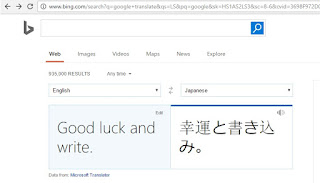 O No, it did not translate the same as original words I first entered.
Can you see? 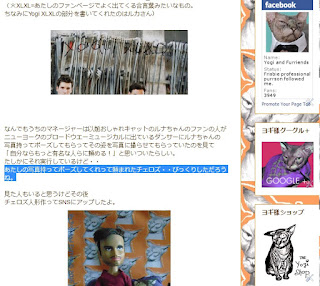 Japanese sentence in the blue area : あたしの写真持ってポーズしてくれって
頼まれたチェロズ、びっくりしただろうね。
（2 Cellos must have been surprised(or shocked) when they were asked to hold my photo).

This time, I put the sentence into Google,

Some people think they can be friends with anyone in the world because
they can use online translator,
I have seen on FB that a friend from Europe commented my Japanese friend that
"you are so sweet", in Japanese.

But no such expression in Japanese with the word "Sweet",
but the friend apparently did not know it,  and believed what Google gave her was correct,
she pasted the words as her comment to my Japanese friend, that looked very strenji, and even
RUDE.
'cause if you tell Japanese people "you are sweet" it means, the person is immature, or inexperience, don't think things seriously.. like that.

So be careful of using online translator, if you need help,
asking someone who is fluent in the language is  the best.

Promote Your Page Too 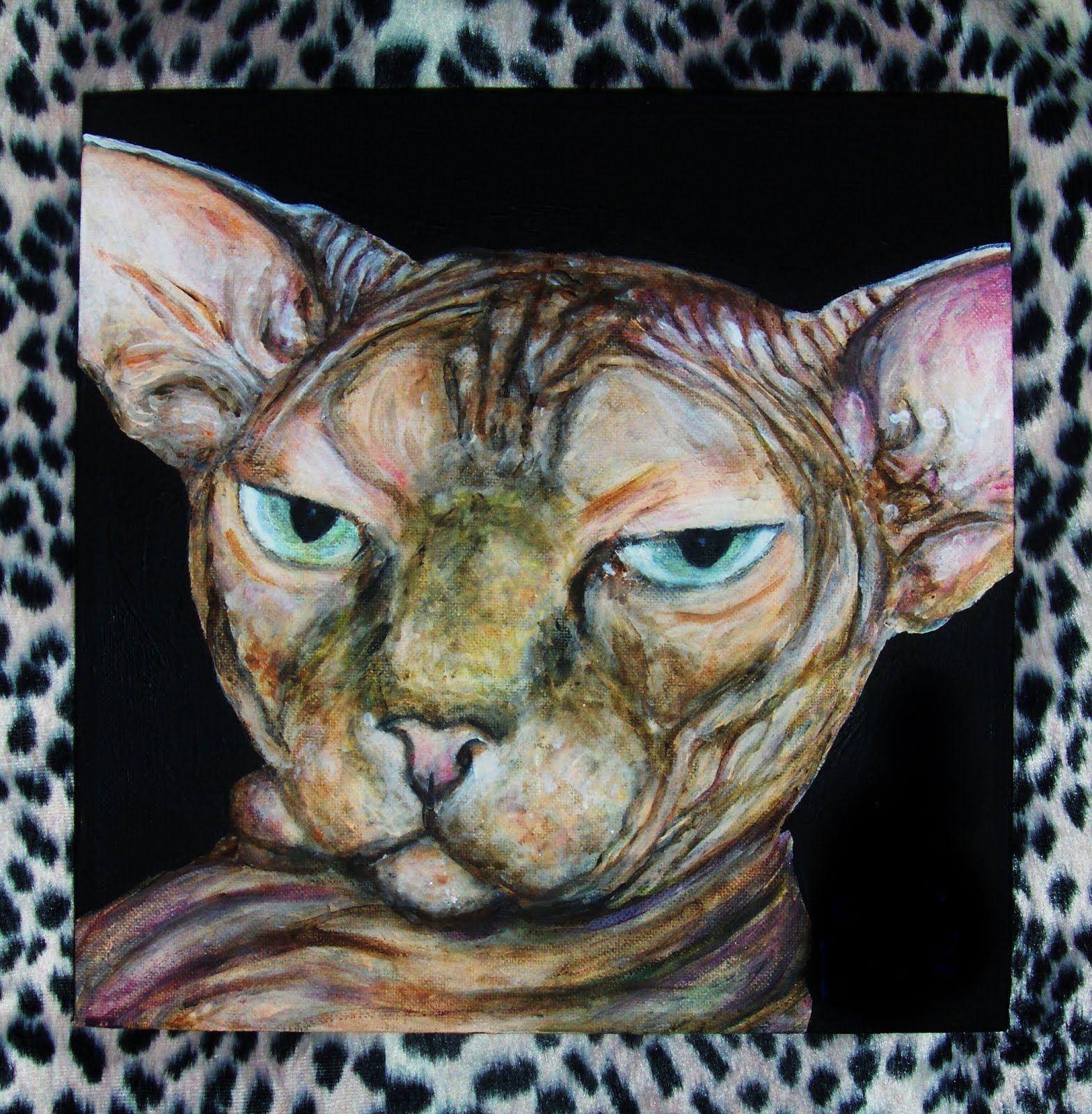